To publicize the Tatar culture, the association “HANIM” created a professional calendar for the year 2021 on its own initiative. It is dedicated to the traditions of national Tatar clothing, which can be a source of inspiration and a role model for beauty even today. The calendar is designed for the Tatars of the world, their friends and those who are not familiar with the Tatar culture.

The first part of the project was creating looks with elements of Tatar folk clothing. There were no restrictions for the ladies in performing this task. Some used national accessories that were kept with them as souvenirs, others used the works of national designers, and there were also those who wanted to embroider themselves. As a result, every day and festive clothes were created that emphasize the identity of the Tatar woman.

Thanks to the professional eye of the photographer and the stylist, the originality of these creative looks was revealed in an urban setting – e.g. in front of the Alte Oper, the town hall or the streets of Frankfurt.

In the second part of the creation of the calendar, the women themselves were given the word – Tatar women who live in different European countries were looking for answers to the question “Who am I?” They tried to describe their personality in one word and shared their thoughts with the reader.

The narrative part about the elements of Tatar folk costumes and the incorporated Tatar music make it possible to learn about the deeply rooted Tatar culture, the Tatar language and the Tatar sound and to arouse interest in the Tatar heritage.

The Tatar calendar “HANIM” 2021 is the result of the exchange of ideas and opinions, the solidarity and efforts of many people – they were precious moments.  (https://www.azatliq.org/a/30966437.html) 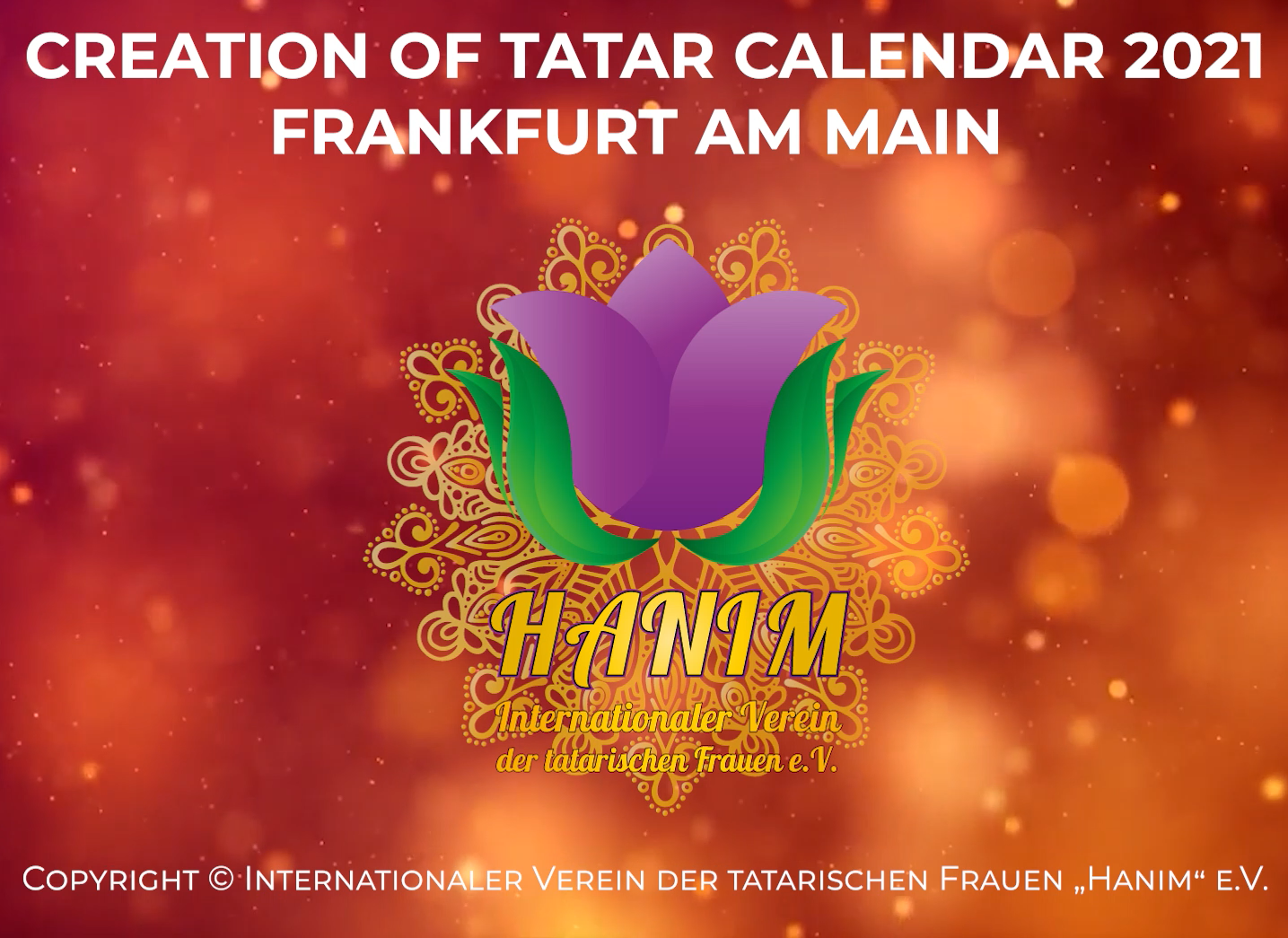 Play Video
Back to Top